Posted by GenXpert at 7:33 AM No comments:

What would you rather have?

How technology has impacted the brains of Generations X & Y

CBS News reports that technology is actually making us smarter - and they have the pictures to prove it.


Watch CBS Videos Online
Posted by GenXpert at 9:54 AM 2 comments:

Sometimes generational differences have nothing to do with it

I call this trans-generation humor

If you haven't already checked out the Brazen Careerist website, now is a great time to do so. Co-founder Ryan Healy reports that the blogging community now offers members the opportunity to create profiles, network with other members, and upload color photos.
I've been a long-time fan of the site. Well, at least since last winter when they started it. It's a great place to gauge the Gen Y mindset. And like many Gen Xers, I think it's also kind of fun to poke at the Gen Ys once in a while.
Posted by GenXpert at 6:09 AM No comments:

Newspapers: Are reports of their demise premature?

I read an article recently in the Detroit Free Press that quoted media mogul Rupert Murdoch as saying that newspapers will survive the transition into the 21st Century. The reason? People crave information.

Murdoch says he likes the feel of newspaper as much as the next guy, but newspaper journalists need to get over it. It all comes down to people want an information source they can trust.

“I like the look and feel of newsprint as much as anyone,” Murdoch told the
Freep. “But our real business isn’t printing on dead trees. It’s giving our
readers great journalism and great judgment."

What do you think?

In an article called "What ever happened to the class of '93," The Chicago Sun Times explores the music that defined a lot of our formative cohort experience. And helped us create our "slacker" image.
Posted by GenXpert at 7:41 AM 2 comments:

The REAL secret to marketing to Gen X 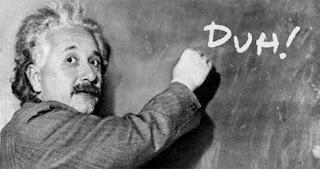 I read a lot of stories about Gen X and marketing. And I write them, too. But the fact of the matter is that it's not that hard to market to Gen X.
Here's what you need to do: 1) Find out what Xers need. Something that solves a problem they have. 2) Offer that product or service. 3) Let Xers know about your offer.
That's how Google achieved its success.

I love waxing philosophical about generational differences as much as the next gal, but I guess I'm just getting a little bored with the media trying to unlock the marketing "puzzle" which is Gen X. It's really not that hard.
Posted by GenXpert at 11:25 AM 2 comments:

When you don't know what to say

Today I went to the funeral home because a friend of mine died. We weren't close friends. Actually, we hung out with some of the same people - and that was before I had my oldest daughter 7 years ago. That's how we knew each other. But I liked this woman. She was cool.

And although I'm always talking - and writing - I just don't have the words today. So I'm going to share her obituary.

Lori Jo Passed away peacefully November 6, 2008 at Brian’s House surrounded by family members and friends. She flashed across the sky like a comet, lit bright, for a while---and then was gone far too quickly. Like Elizabeth Barrett Browning, she asked the world: How do I love thee? Let me count the ways.

Her family, friends and thousands unlucky enough not to have met her yet will mourn the laughing, sparkly eyed brunette who threw the mantle of her grandmother Ramona over herself and went out to conquer the world.
Orders of nuns, kids in poverty, minority scholars, honest philanthropies
needing organization, churches, schools-were all her passions through the Ramona
Non-Profit Consulting Group. Her greatest sadness is that there was still
so much to do, so many people to help, so many causes unfulfilled…At Essexville
Garber High she was homecoming queen, head cheerleader, a good scholar.
She played a great game of soccer on the field, worked at the Midland Nuclear
Plant and taught Bay City school officials the power of positive thinking as a
dynamic secretary in Communications. Off to the South, she earned a
marketing degree from the University of Tennessee at Chattanooga, took Texas by
storm and learned her trade in venture capital and fundraising in Fort
Worth. She studied theology and hoped for a master’s degree that will have
to wait for another college in another world and a diploma from a higher
power. Her life has been her theocratic curriculum.

Back home the old St. Mary’s Convent facing the wrecking ball was her cause, and she enlisted family and friends, throwing their lives into the project of
love. Work for her was endless, her clock had no hands. Her parties
were monumental and the grand piano spread classical music over the
assemblage. The brazen cat Pumpkin interrupted executive meetings and was
never chastised. She cooked daily for a dear friend Pat Ankney and her
numerous charities will never be fully realized.

She was born November 23, 1962 in Bay City. She is survived by her father and
Step-mother, Joseph Lynn and Ellen Jean Perreault, her mother, Marie E.
Perreault, and four adoring siblings; her sisters Lynn Weaver, Lois Perreault,
Lisa (Mike) Grills and one brother Ladd (Heidi) Perreault. Lori also had a
very special relationship with each and every one of her 14 nieces and nephews;
Joseph Weaver, Sarah Hunt, Daniel and Michelle Perreault, Athena, Alex, Olivia
and Carly Grills and Brittney, Sean, Nikolas, Ryan, Adam and Leah Perreault.

Funeral Liturgy and Rite of Committal will be on Monday at 10:00 a.m.
at St. Stanislaus Kostka Church. Rev. Fr. Christopher M. Coman will
preside. Private entombment will be in St. Stanislaus Mausoleum. Friends
may call at Penzien-Steele Funeral Home on Sunday from 2-8 p.m. A Rosary
service will be held Sunday at 2 p.m. and a Vigil for the Deceased will take
place at 7 p.m. She will lie in state at the church on Monday from 9 a.m.
until service time. In lieu of flowers, the family requests memorial
contributions to St. Stanislaus Church.

Why I knew racism would not hurt the Obama campaign

A lot was written and said about how American racism would hurt Obama's chance at getting to the oval office. Many people cited the Bradley effect as a reason Obama couldn't win.

However, last week I knew for sure Obama would win. How did I know? My Auntie Helen told me.
Auntie Helen turned 91 last week and when I called to wish her happy birthday, she told me she was voting for Obama.
A little background on Auntie Helen: She's Polish. She's Catholic. And she defines most people by their ethnic heritage and religious background (i.e. my Italian friend, the Jewish lady, etc.). She's not a racist. But she's also not politically correct. I'm sure if you're around my age, you have a grandparent or other relative who's like this (especially if you grew up in a defacto segregated area like metro Detroit - my hometown).
When Auntie Helen told me she was voting for Obama, she did NOT call him the black candidate - she called him the best candidate. That's when I knew.
Posted by GenXpert at 5:24 AM 1 comment: 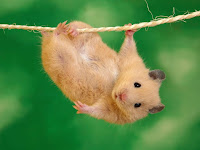 As often as I see articles proclaiming Generation Xers to be slackers, I have to admit that Millennials are really getting a bum rap for being the "poorest performers" in the job market.

It's probably true that they are not performing at the levels of their X and Boomer counterparts. Want to know why? Because they are like 25-YEARS-OLD!
What would that say about the last 15-years that I've been working hard, learning, improving, and "sharpening that saw," if I was at the same level as someone just getting out of undergrad? I'll tell you, 37-year-old Suzanne is a lot stronger professional than 25-year-old Suzanne was.
Therefore, my advice to the Millennials - just hang in there.
Posted by GenXpert at 8:16 AM 4 comments: