We need to stop looking and women's success like it's 1985 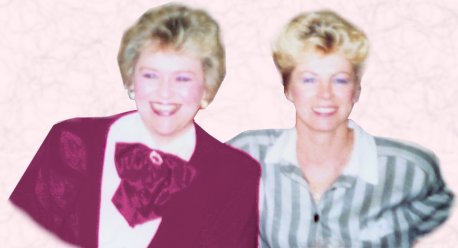 Two articles that recently discussed women in business this week made me want to puke. The first one is from the Wall Street Journal and asked the question “What’s holding back women entrepreneurs?” It says that although women are starting their own businesses at much higher rates than men – the women-owned businesses are not as big as the men-owned businesses. Problem #1 (and yes, they called it a problem)? Men tend to start businesses to be the “boss” and women start businesses to be personally challenged and balance work and family.

The second article in Time Magazine touts the accomplishments of three Wall Street leaders who are women who were underestimated by men.

What I find most appalling about both these articles is that they set the standard of success/accomplishment/whatever on how the women compare to the men. It’s so 1980s Working Girl that I have the urge to put on my acid wash jacket.

Let’s be honest here – if more women were willing to do what the top dog male executives and CEOs did to get to their position, then more women would be top dog executives and CEOs. A lot of women make choices that impact their income/status – me included. I worked part time for 5 years when my girls were younger. I don’t regret a minute of it – it was MY choice. I wasn’t being held back by The Man.

I would like to see an article about the strides that men have made in parenting. Today’s dads spend significantly more time with their children than their own dads spent with them - and they wish they could spend even more time with them. Does it impact their careers? Of course it does. My husband and a lot of his friends took paternity leave after their children were born – and they paid the price at work. The old boys don’t like it when you do that.

The issue here is not a gender issue – it’s a generational issue. “Being challenged” and “balancing work and family” are legitimate reasons to start a business. I’ve argued for a while that Gen Xers don’t define success the same way the Boomers do. If “bigger” is the only measurement of success – this myth that women are somehow not equal will persist.

Of pushing 40 and turning my back on mean girls

A few weeks ago I had lunch with an old friend of mine. We don’t see each other as much as I like. Kids, jobs, and husbands seem to keep us both so busy. But when I do see her, we always have the most interesting conversations.
We talked about how as we’re both around the hub of 40, our approach to friendship is different. When I was younger, I let me friends choose me. But now, I choose my friends.
When I was younger, I had great friends – but I also had a few who did not treat me right. It was hard to get out of the friendships. Now, I have all great friends.
This evolution occurred in both my friend and I. It happened to each of us separate from the other, so I’ve been wondering if it’s a common experience. Have any of you gone through this?
Posted by GenXpert at 4:33 PM 3 comments:

Xers will never grow up to be Boomers

Ever notice how Boomers seem to think everyone over 40 is a Boomer? It makes sense, because "age" is a big issue for Boomers. They'll never grow old.

If you are a Boomer reading this, before you get annoyed, we Xers have our own issue. It's being cool. We don't mind being old, as long as we stay cool. In fact, the Wall Street Journal recently ran an article that discussed why parents all the sudden are cool. I thought to myself when I read it, "Duh, parents are 'cool' today for the same reason that parents in the 80's were 'young' - it's our generation's issue."
But back to my original observation. The reason I started thinking about it was I read this blog post that sited a New York Times study on supporters of the Tea Party. The blog post said "people over 40," but the original article actually said tea party supporters tend to be over 45. It may not seem like a big difference, but it is when you consider the oldest Gen Xers are 45.
Tammy Erickson, herself a Boomer, wrote a great article on Gen X leadership for the Harvard Business Review. In it, she writes that each generation reacts to the excess of the previous generation - and that Boomers' excess is ideology. Therefore it makes sense that Xers would not support the Tea Party with the same force as Boomers.
I think this is an example of the quiet leadership style that Jeff Gordinier describes in this video. I think we'll continue to hear that Millennials are leading on the path to change in the 21st Century, when it's actually the Gen Xers who are doing so. Even Penelope Trunk, blogger extraordinaire and lover of Millennials, says so.
I'd love to hear what you think. Are Gen Xers taking a new path - or just following the Boomers and waiting for the Millennials to show us where to go?