Will Ferrell: He's a crusader for Gen Xers 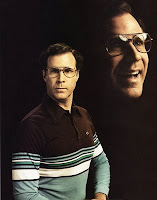 Gen Xers love Will Ferrell. Other generations like him, too. But Xers like him the most.
It could be his wit, his intelligence, his funny characters. However, the reason that Ferrell is so popular among the cynical Gen Xers is that he makes fun of Boomers - and the Boomers don't event know he's doing it.
The thing about Xers is that we're done arguing with the Boomers. Whether it's recognized or not, that's what's going on. The Boomers are supposedly changing retirement, the Millennials think they are changing the political system (oh, and nobody seems to remember that already happened in the 1992 election, but that's a blog for another day), and the Xers are plugging along making the real changes like making it okay for guys to be stay-at-home dads and active participants in their children's lives and making it okay for women to define success in other ways than a single focus on child rearing or take-no-prisoners careerists.

Xers have established a new paradigm for adult living. We've found a way to reach the Boomers goal of "having it all" and the Millennials goal of "work/life balance." And the way we did it is to just start ignoring the criticism - and having our own laughs. Thank you, Will.

boom boom will. i love will ferrell.

I'm thinking about making this my new Facebook picture.

As much as I like Will Ferrell, I kinda think the reason he's become so popular with Gen X - and increasingly Gen Y - is the brand of humor that he most often employs. You'll notice that his most popular movies are, well, rather stupid. Oh sure, there are moments of cleverness even in the really dumb films. But you'll notice that the more sophisticated humor that he's done in a few movies has gotten those largely panned.

I guess what I'm saying is that he caters to the mindset of the younger audiences - and all that that implies.