Gen Xer discovers relaxation and beer in the woods

I will be heading up north soon, however, I didn't want to leave my loyal readers hanging. If you follow my Twitter feed, you probably know I've recently seen White Snake in concert and I'm now in love with David Coverdale (sorry Jeff).

So I figured I'd do a poll. Who's your favorite front man?

Is the generational conversation over?

There's an interesting conversation going on over at RenegadeHR as to whether we should care about whether or not we have a multi-generational workforce. The writer, a Gen Y, says it's not generations but work preferences that matter.

Although I think he's got some valid points - and he's right that generalizations are dangerous - I disagree that your generational footprint doesn't matter.

I think there are a lot of Gen Xers specifically who can vouch for me. We entered a workforce in the 1990s that was dominated by Boomers. And Boomers like process. So there was always a "right way" and a "wrong way" to do things - and there was no handbook for the Xers. So we did what we always do - start "doing" and learn as we go. And that caused quite a bit of conflict.

The Boomers process orientation came from their formative cohort experiences - they read Dick and Jane (everyone has a role and nobody crosses into other's roles), they went to schools that were overcrowded (teachers needed strict order to avoid adolescent chaos), and they went to college when all the rules were changing (and yet there were still rules).

The Gen Xers "learn as we go" orientation came from their formative cohort experiences - watching Sesame Street (learn by playing), playing video games (who ever read the directions to Pac Man?), and going to school during a time when things weren't so strict (my Boomer mom took handwriting class - during my high school experience, content was important - not penmanship.)

I can see why Gen Ys would be annoyed with new labels being applied to them. Xers hated it too. And Ys aren't as different from Xers as Xers were than Boomers in the 90s. It's all about living through technological change as a kid. The Boomers were grown up by the time technological change started really revving up. But although the technology may have been different between the X and Y youth - the change was the same.

So the Y's are entering a workforce that's not all that foreign to them - yet they're being treated like foreigners. But that doesn't mean their helicopter parents, over-scheduled childhoods, and living through 9/11 as children doesn't impact their adult behaviors.
So what do you think?
Posted by GenXpert at 12:15 PM 5 comments:

Sometimes I want to be a reality TV star

Last night I watched the finale of my new favorite show.

I've developed a small obsession with The Real Housewives of New Jersey. In fact, I kind of want to be a real housewife of New Jersey.

I find this fetish of my a little odd considering I am a feminist of the Susan Faludi variety, I am conflict-avoidant, and I typically don't like reality TV (the last reality TV show I had an interest in was the Real World season 3. Poor Pedro.)

So why the obssession with TRHJN? I think it's the over-the-top Gen X drama. Most Gen Y reality TV consists of young honeys running around with their chi chis hanging out and fighting over some guy. But this show was part family loyalty, part standing up to the mean girl, part wearing some obnoxiously large bling bling, and part big hair.

Do Xers seem younger than they are? 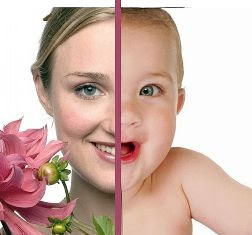 I had a discussion recently in which the Boomers I was talking with didn’t see Xers as being “old enough” to be in executive management positions. Yet the oldest Xers turn 44 this year – and the youngest are turning 30.
Do you think there is an assumption that Xers are younger than we really are? Or do we act – or look – younger than we are? I’m interested in your opinions on this one.
Posted by GenXpert at 6:02 AM 17 comments: