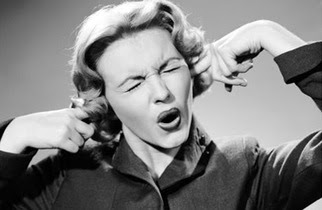 You're right--I would rather be ignored than called a slacker. And I don't particularly like being ignored. But I have the sneaking suspicion that Gen X is going to wind up the Prince Charles of the working world--the Boomers will hang on as long as they can (because retiring would be admitting that they aren't young anymore, and also they can't afford to leave), and by the time we have a real shot at things, the Millennials will be the age we are now. We'll wind up being in charge for a decade or so, and then the Millennials will act as if they're finally able to claim their birthright.

I guess that's the part of me that one former boss commented on, with the words "So young to be so cynical."

I love your post - you are hysterically funny and YES I'm proud to say that I'm an Xer!

The USA Today just last week published an interesting statistic: "Starting in January, 10,000 Boomers will retire DAILY for the next 19 YEARS."

They're going to stay in the workforce because they aren't ready to retire. They don't have the money.

I've started my own Network Marketing business and my Boomer friends snickered at me. Little do they know that because of my home-based business I can: write off a portion of my insurance premiums including my long-term health care insurance monthly premiums of $150/month, I can control my income, my time freedom, etc.

I can do all of this because I decided to work for myself. To think out of the box.

I think the train wreck that's going to happen is when the Boomers realize that when they're forced to leave the work world because they are unable to work anymore, the Y's aren't going to be able to handle the workload and the only ones left standing will be the Xers like me that are able to think outside of the traditional business/corporate/J.O.B. income producing model.

Go ahead and ignore us Xers. We'll be LMAO all the way to the bank!

What is it with the Boomers and the stupid team-building exercises? One of the primary reasons I left a huge national-level corporation was that they didn't allow us to get our work done, because we were always doing stupid things like reporting to HQ to run around looking for chocolate Hershey's kisses wrapped with questions to ask our supervisors about their favorite movie (I swear I'm not making this up) or planning stupid theme luncheons that nobody cared about. It didn't bring anyone closer together; it just annoyed the whole population of Xers.

Come and see how 1,000's of individuals like YOU are working for a LIVING by staying home and are living their dreams right NOW.
GET FREE ACCESS NOW