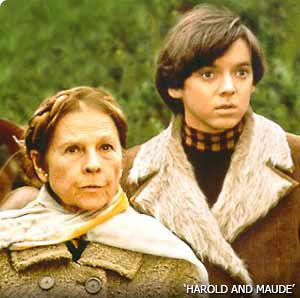 I’ve been a long-time believer that the single most important indicator of success is your ability to get along and work with others. And most people like people with whom they have something in common. Often, it doesn’t have to be a major thing. Finding those similarities may benefit you a lot more than sticking to your generationally-specific uniqueness.
Posted by GenXpert at 8:34 AM

OMG I can't believe you dug up a Harold & Maude pic. Too funny!

So which outdated slang do you use?