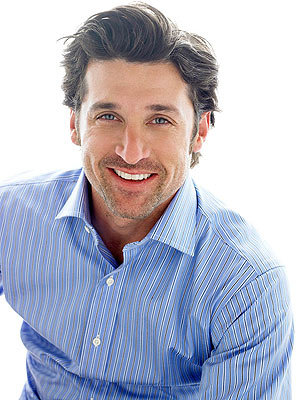 There is a new movie out called Made of Honor in which Patrick Dempsey stars as a guy who realizes that he has fallen in love with his female best friend just after she gets engaged to someone else. Frankly, it sounds an awful lot like My Best Friend's Wedding with Julia Roberts. However, I believe both films depict something that really never existed before Generation X - best friends who are not of the same sex. This is another example of how Title IX has torn down the gender roles that existed prior to 1972.

My best friend in college was a guy. Unlike in the movies, though, we didn't secretly want to be together "that way." But we had good times.
Then about midway through junior year my best friend met the woman who would become his wife. And we couldn't be best friends anymore. Looking back I was probably pretty pouty about the whole thing. Today we are all friends, but not the way we were before we met our soulmates.
The thing is, although some gender roles have been removed, the husband and wife as best friends thing is still going strong. But having that best friend of the opposite sex is uniquely Gen X.
Posted by GenXpert at 10:27 AM

That was a movie that came out in 1989. It could have very easily been influenced by what was going on with the oldest Gen Xers. Also, it's star was Meg Ryan, who born in 1961 is a trailing edge boomer. This cohort is much more "X" then boomer.

Also, if you remember the conversation between Harry and his best friend at the batting cages, the friend is just baffled that Harry has a friend who was female.

Lastly, my arguement is not that they never made movies about men and women being friends, my argument was that Boomers did not have different sex best friends like Xers did in real life. Generational differences is not an exact science. I'm sure there are exceptions. However it was/is common for best friends to be of different sexes in Generation X - it is uncommon for Boomers.