It's a good time to be an Xer 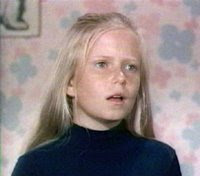 I saw two articles today that made me think, "wow it's a good time to be an Xer."

Seriously, how often do we hear how hard we Xers have it? We've been even called the Jan Brady generation because we're sandwiched between two such attention-seeking generations.
But now, Xers have the advantage.
The first article I saw was an Australian analysis of the American presidential election. It declares the end of the Boomer era in American politics. The next president will be either from the Silent Generation (the generation Boomers disrespected) or Generation X. I know, I know, technically Obama was born at the end of the Boom (1961), but he's not a Boomer. I can give you stats. I can give you qualitative analysis. Just the fact that I've never hear the man say "synergy" or "synergistic" means he's not a Boomer. And since McCain is really coming across as the old guy in the neighborhood who yells at kids to get off his lawn, I think Obama's chances are pretty good.
So it's good to be an Xer, because we'll probably be in the White House.
The second reason it's good to be an Xer is because the economy is in the toilet. A Canadian article recently called Gen Y Generation Shocked. That's because they are having a tough time dealing with the dismal job prospects out there. Meanwhile, careerist Barbara Moses is quoted in the article as saying that Gen Xers have what it takes to succeed - even in a bad job market.

"They know how to look after themselves. They're independent, they're
plucky, they've internalized that nobody is going to look after them, they know
they can't rest on their laurels and that they will have to be scrappy to get
any kind of career goodies."

I agree - we are better placed, better equiped and better connected to survive this one ....

Case in point I finished with the horrid job on Tuesaday this week and on Wednesday had a call from an old employer asking me to quote on advising the current ceo thru some tricky organisational changes ...

Gee it was nice to feel wanted :) cheers le

Geez! That is so true. Ain't nobody gonna look after me. I got a note on Facebook from someone with Examiner asking me to link to their site with your gig. Glad to do it. Anything for the cause!

Yeah. It'll be interesting, and hopefully not too sad or tragic, to see how Millenials react to this crisis.

Do you suppose GenX is in a position to be offering pointers? Perhaps some articles and even books are called for. Sort of memoir/how-to kind of things.

As many prominent experts have noted, Obama is a member of Generation Jones–born 1954-1965, between the Boomers and GenXers.

And here is a clip from a couple of days ago from a discussion about Generation Jones on MSNBC:
http://www.youtube.com/watch?v=ZIrjn50E2_I